If you pay attention to one thing for long enough, the whole world reveals itself in relation to it. For Hank Pitcher, that thing is a thirty-four mile stretch of California that extends from his studio at Coal Oil Point to Point Conception. At the end of the Gaviota coast, the deep waters of the Santa Barbara channel join with the vastness of the Pacific ocean. The north-south axis of the California coastline turns east-west. The climate changes to a Mediterranean one. The culture leans SoCal. The plenitude of flora and fauna explodes. Here, he finds the mythic in the minute. From out on the point, he shows us where the global and the local intersect.

After almost fifty years of patient observation and rigorous attention to his craft, Pitcher is still evolving new ways of painting his home. In this exciting new body of paintings debuting at Sullivan Goss, he shows us a coreopsis studded terrain colored by ice plant and aloe blooms. He describes how the wind shores up the dunes for the snowy plovers to roost in and shapes the Monterey Cypress that reside nearby. He paints the bees that still pollinate the wild radishes sprouting in the verdant Spring meadows and the turkey vultures that hang around waiting for their due. He paints the latest surfboards which sometimes float above the sand, anticipating the SpaceX rockets that are now launched from just beyond the Point.

Fifty years ago, Hank was still a student in U.C.S.B.’s College of Creative Studies when the Union Oil Spill off the Santa Barbara Coast made headline news. He took a job on the cleanup crew. Protecting the environment took on a pointed urgency. Today, U.C.S.B. – the University where Pitcher has taught for 48 years – is home to one of the preeminent environmental studies programs in the world. Today, the landscape endangered by what was then America’s largest oil spill is much better protected through regulation and  philanthropic gifts of historic size and generosity. In 2017, Jack and Laura Dangermond gave the money to purchase the old Bixby Ranch near Point Conception to give to the Nature Conservancy. The next year, Charlie Munger gave the Las Varas Ranch to the University where Hank teaches. These properties were added to other sanctuaries along that very same stretch of coast. The area’s incredible biodiversity and unique climate were recognized as worthy of gifts in excess of a quarter of a billion dollars. The rugged beauty that has held Hank in rapture since he was a kid now has legions of defenders and institutional support.

By looking at one place very closely over a span of decades, Hank Pitcher has seen how imported plants have changed the landscape, how poor environmental planning has reshaped the coastline, how surfing has gone from a youthful passtime to a global business. He has watched as overworked celebrities and moguls have discovered the same respite here that the snowy plovers, the monarch butterflies, and the California Condors have found. To see these big things in his paintings, you must look very closely, as Hank does.

HANK PITCHER has been exhibiting for forty-nine years. He currently lectures at U.C.S.B.’s College of Creative Studies, where he has served since 1971. Early on, he befriended Paul Wonner and later Paul Georges on the East Coast, making him an unlikely bridge between two distinctive post­-abstraction figurative styles. A substantial monograph commemorating his achievements as a painter is currently under development with a finished draft expected this summer. 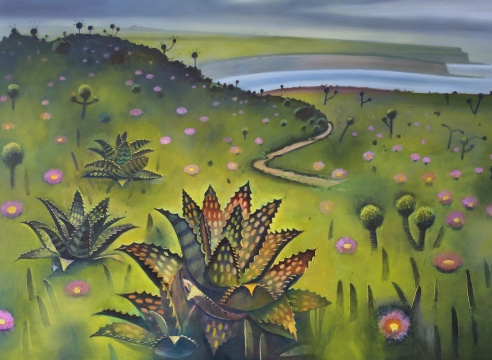 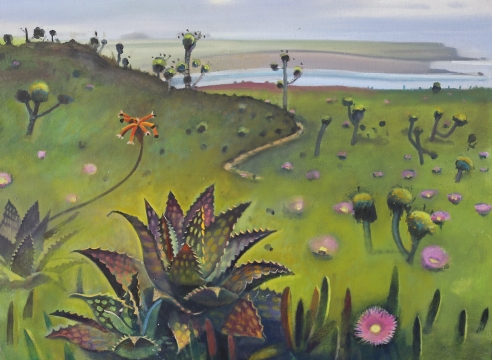 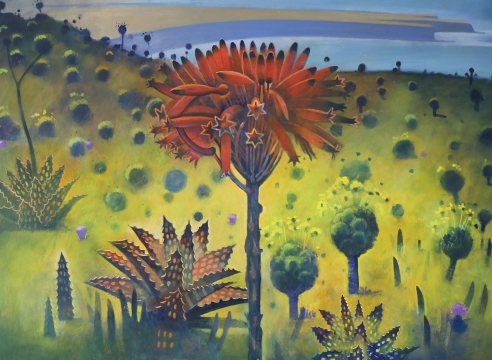 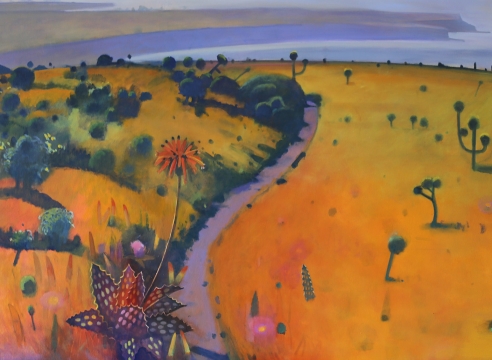 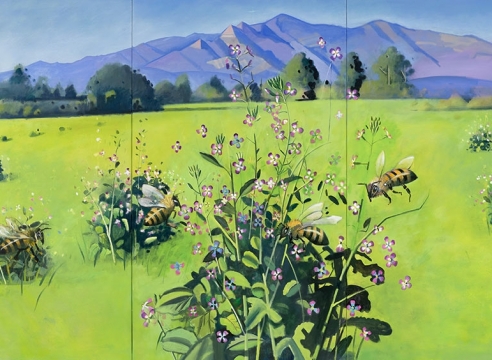 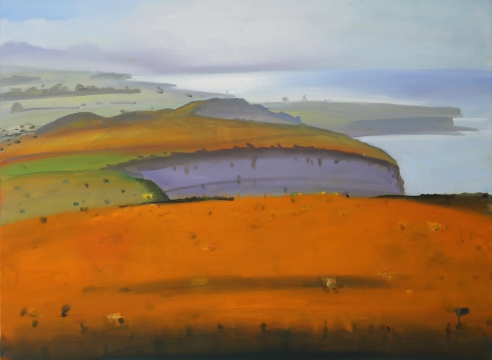 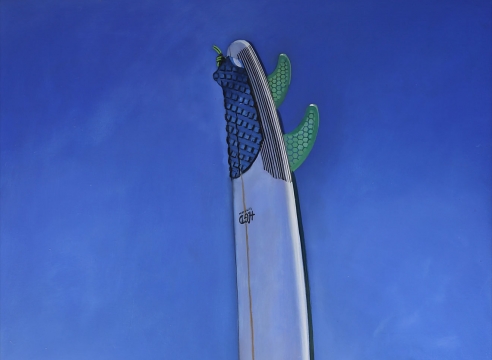 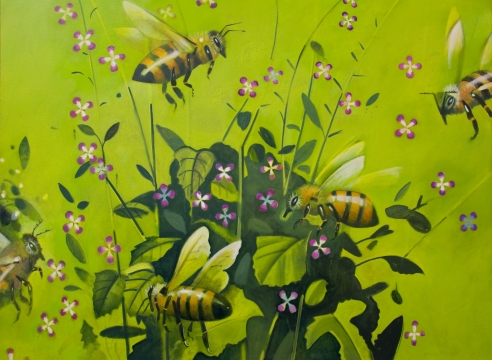 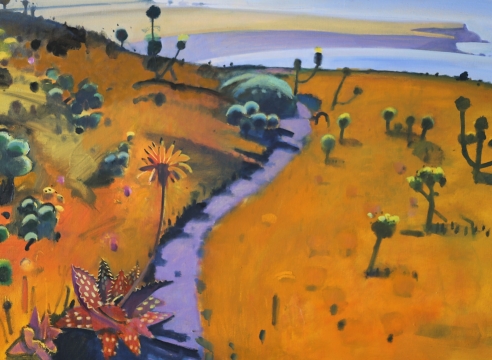 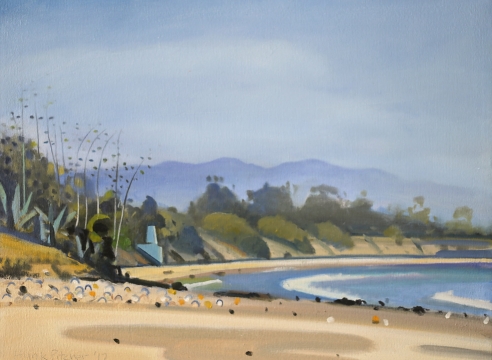 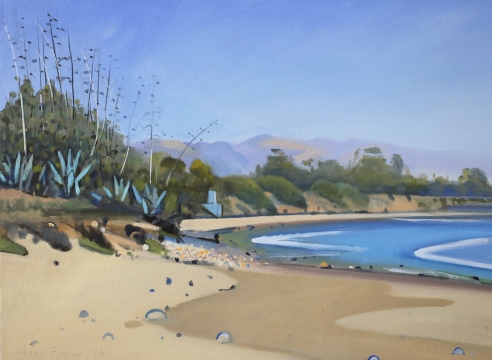 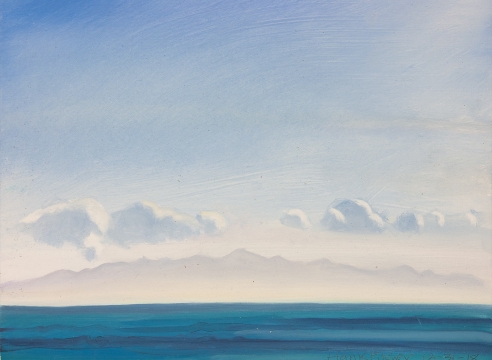 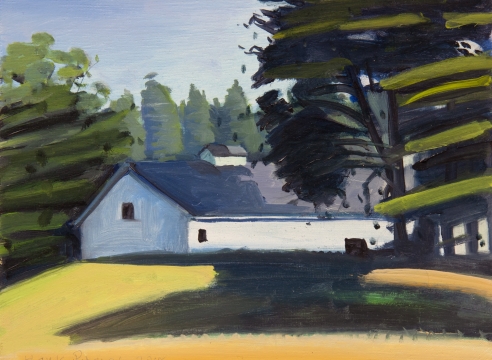 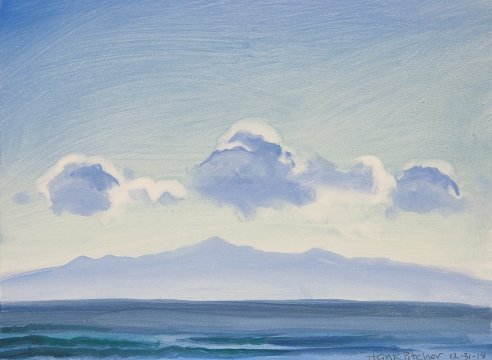 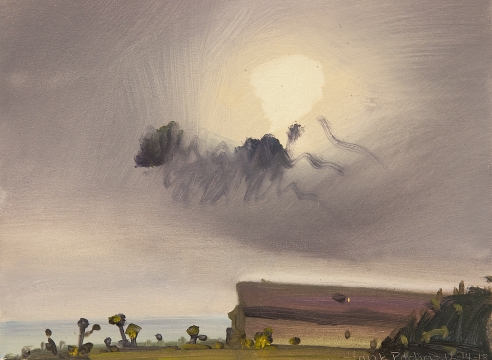 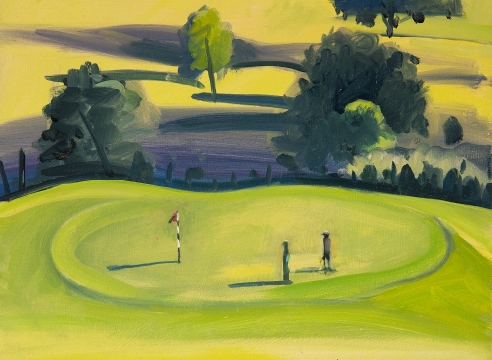 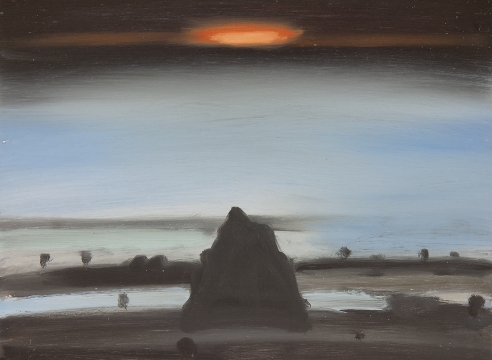 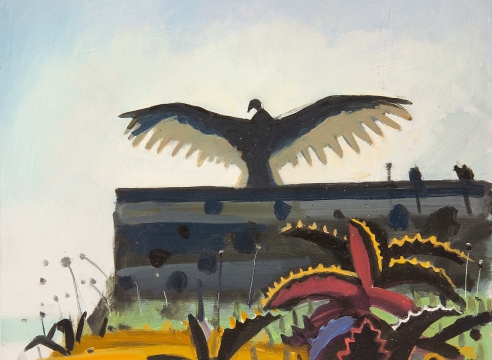 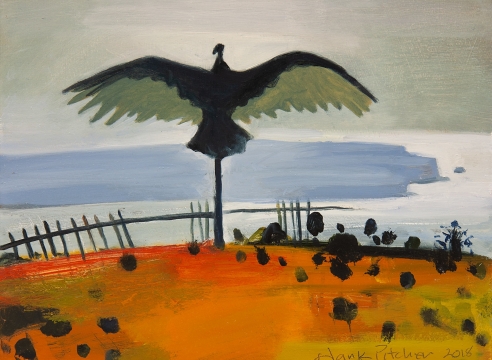 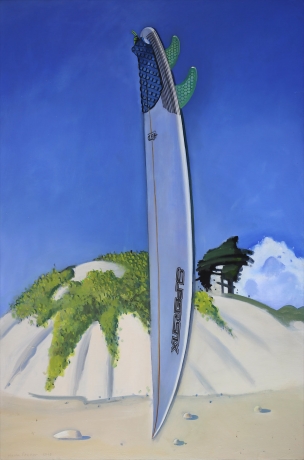 Given the phantasmagoric nature of today’s visual entertainments, it’s a wonder that an art gallery can hold our attention. Case in point: the meditative spaces at the Sullivan Goss gallery located on narrow Anapamu Street in Santa Barbara. A quiet inner dialogue in the gallery space shuts outside noises and distractions on our selfie lives. 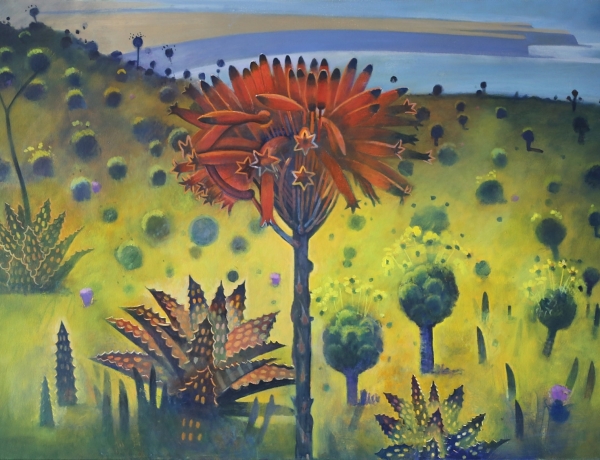 This spring in Santa Barbara, with wildflower-tripping and resplendent natural color palettes on the collective mind, painter Hank Pitcher’s latest exhibition at Sullivan Goss is right on time, and all about place. 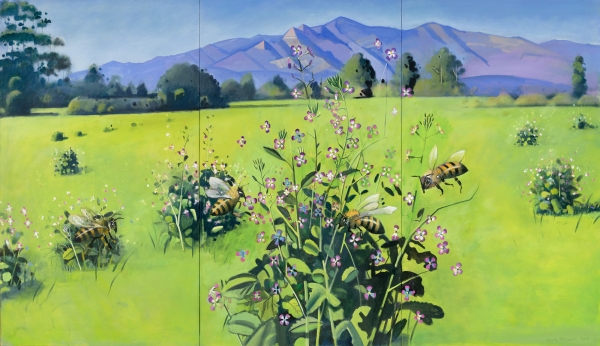 "Whatever's going on in the world ends up in your work. I like the idea of painters being witnesses – of showing truth as it is. I like painters being able to develop and discover an image of who we are." This is how Hank Pitcher describes the intention behind his latest work, an exhilerating and career-defining series that's now on view at Sullivan Goss in a show called Primal.