Ray Strong’s achievements as an artist are greater than the number of coastlines he has traced or the number of clouds he’s laid down on canvas. His legacy is greater than the sum of his many students or their cumulative work. Indeed, Ray Strong’s contribution to landscape painting is inestimable. His greatest achievement, however, may be that a single man, moved simply and profoundly by nature’s splendor, could do so much to preserve beauty.

From his earliest days of kicking around with the likes of Maynard Dixon and George Post to his more recent adventures with the Oak Group, Ray’s life has been a study in modesty, integrity, and determination. Where he might have pursued fame, he chose instead to teach others. That the County of Santa Barbara, Santa Barbara Museum of Natural History and Sullivan Goss have chosen to honor Ray on his hundredth birthday is both fitting and wonderful. I share the sentiments of everyone who has known Ray or met him when I say, “It has been an honor and a joy to be part of your journey.” 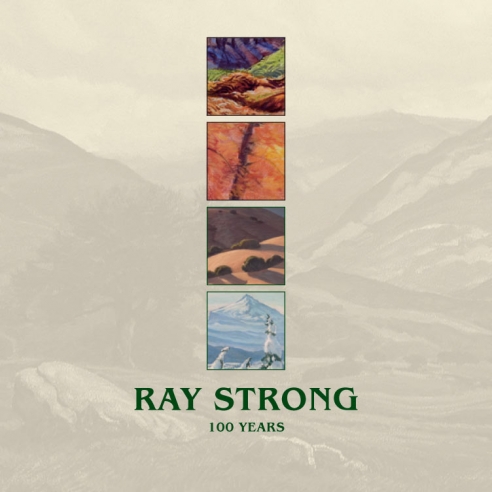