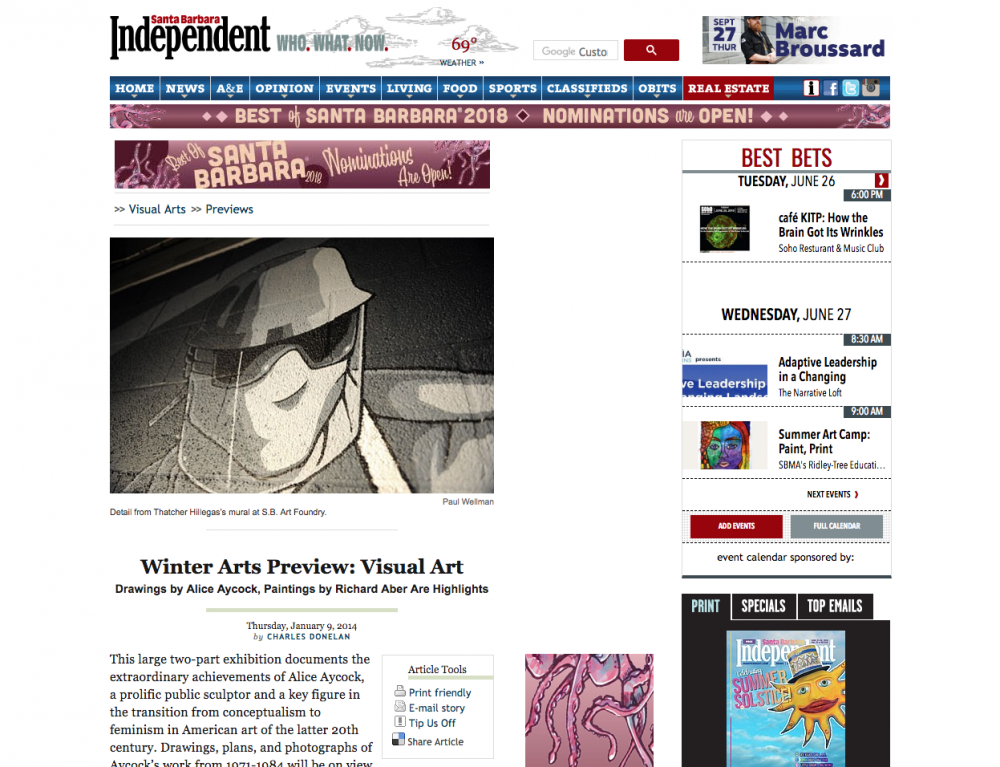 This large two-part exhibition documents the extraordinary achievements of Alice Aycock, a prolific public sculptor and a key figure in the transition from conceptualism to feminism in American art of the latter 20th century. Drawings, plans, and photographs of Aycock’s work from 1971-1984 will be on view at UCSB’s Art, Design & Architecture Museum, while the years from 1984 to the present, during which Aycock’s drawing practice was augmented by computer graphics, will be presented at the Santa Barbara Museum of Art (SBMA). In a clever move that will maximize the impact and the educational value of the Aycock show, SBMA simultaneously mounts a complementary exhibit devoted to another major feminist and conceptualist ​— ​Michelle Stuart: Drawn From Nature. The coordination of these three important exhibitions represents collaborative programming at the highest level, and the work will be stunning in every way. At the Santa Barbara Museum of Art, Jan-uary 26 - April 20, and at the UCSB Art, Design & Architecture Museum, Jan-uary 25 - April 19. Call 963-4364 or visit sbmuse art.org.

The Winter Salon. At Sullivan Goss, An American Gallery, through Sunday, May 4.

Heavenly Bodies. At the Santa Barbara Museum of Art, Saturday, February 22 - Sunday, May 25.