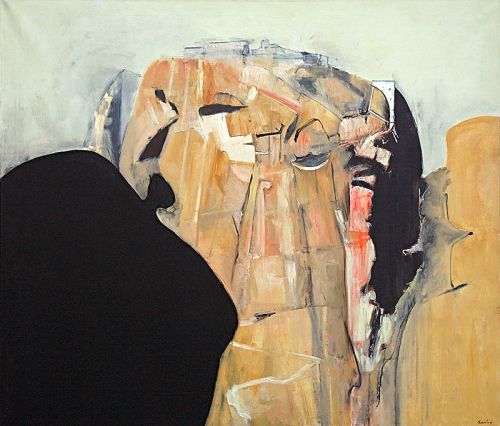 Metamorphosis, Shadows in the Meteora, 1964

Edgar Louis Ewing was born in Hartington, Nebraska in 1913. Ewing began his career at the age of 18, as a student of painting and drawing at the Art Institute of Chicago under Boris Ansfels. Right away, Ewing had a deep personal philosophy for his art career. Ewing’s success lead him the Edward L. Ryerson Fellowship for Foreign Travel and Study upon graduation in 1935.

After his studies in Europe, Ewing returned to Chicago to become a member of the faculty of the Art Institute of Chicago and later educator of the Arts at the University of Southern California. The University of Chicago was one of his first teaching stints, though interims were spent at Oregon as well as Michigan Universities. Years later Ewing goes on to teach at the University of Southern California, where he remained for numerous years. Throughout his entire career as an educator, he remained a highly productive artist. Ewing became the recipient of a myriad of awards and recognitions for his solo as well as group exhibitions.

Ewing embraced his double career of artist and educator and was equally devoted to each passion.

At the age of 30, WWII erupts and Ewing offers himself as a member of the Corps of Engineers attached to CPIC-RAF. Specifically, he serves for the Southeast Asia command in China, Burma, India Theatre, in the Philippines and Japan. While away, Ewing’s work is featured in Group exhibitions affiliated with The Art Institute of Chicago. He returned to the United States after three years and resumed his careers as artist and educator. With 11 years at the University of Southern California, Ewing goes on sabbatical to journey throughout Europe. Specifically, England, France, Italy, Switzerland and Greece. Ewing especially develops an innermost desire for Greece and spends lengthy intervals in the country.

In 1964, Ewing goes on leave again from University of Southern California and becomes an artist in residence at the American Academy in Rome. In this time he allows for inspiration from travels across Europe as well as Asia; in Portugal, Spain, England, Holland, Germany, France, Italy, Greece, Lebanon, Jordan, Turkey, Egypt, India, Thailand, Hong Kong and Japan. In 1967 he receives the Jose Drudis Foundation Grant which allowed for his work in Greece. At the same time his work is shown at the prestigious Esther Bear Gallery in Santa Barbara, California. From 1968 through 1969 Ewing becomes awarded The Andrew Mellon Chair at the Carnegie-Mellon University in Pittsburgh, Pennsylvania. In 1972 he continues his work as Professor at University of Southern and as well as spending summers in his Athens studio. His strong impact in the Los Angeles Art community leads him to win the Los Angeles Library Association Eighth Annual. His continuous travels to Greece allow for series works based on his travels (i.e. Greek Wedding Series 1973, which is featured at the prestigious National Gallery in Athens as well as the Los Angeles Municipal Art Gallery the year later). 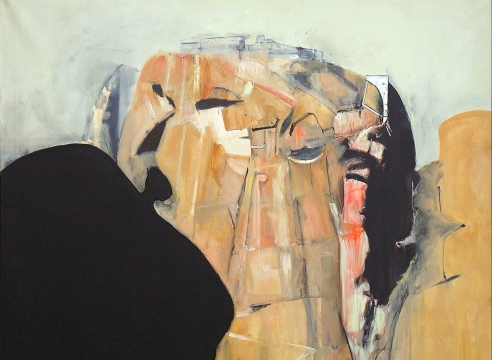 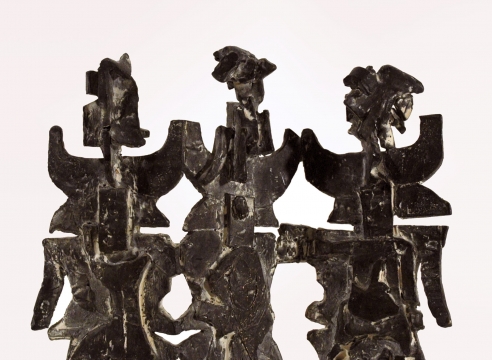 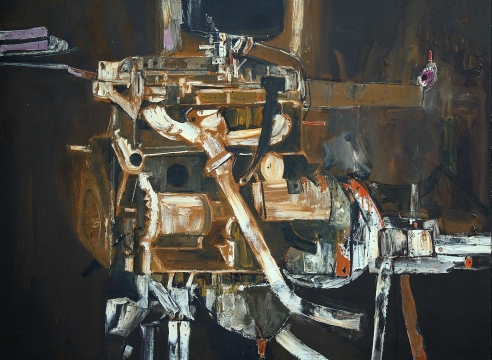 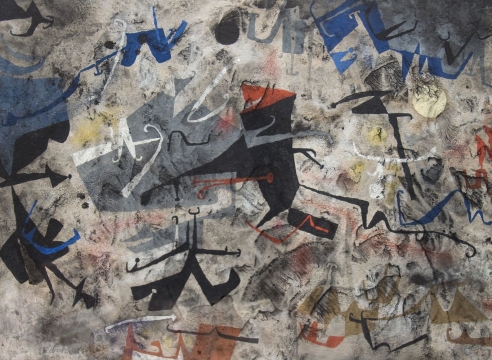 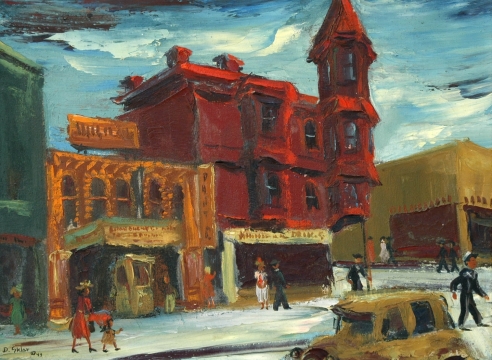 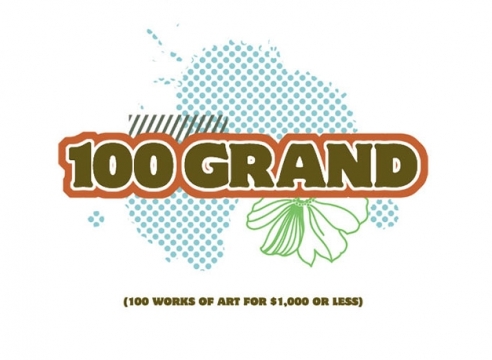 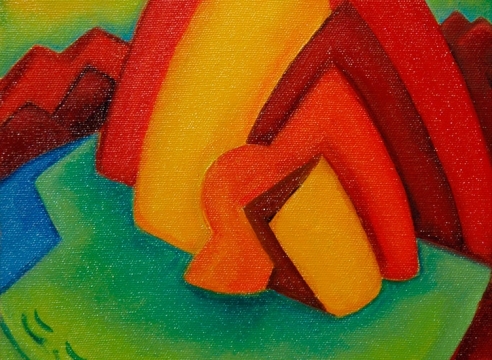 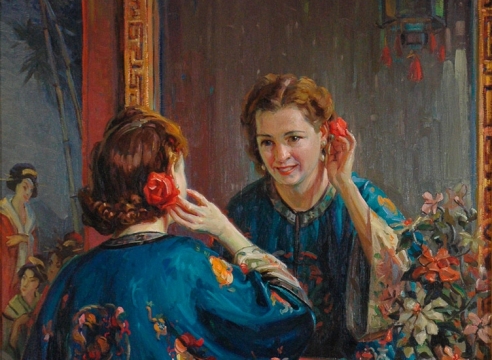 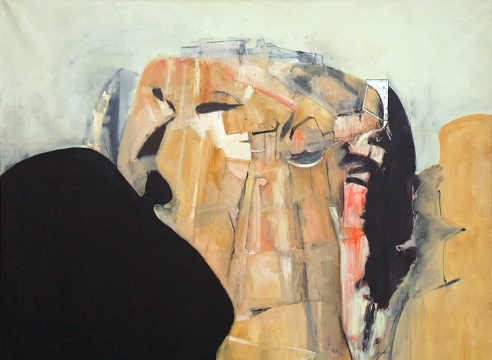 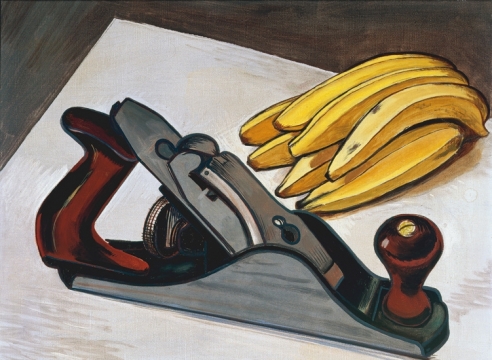 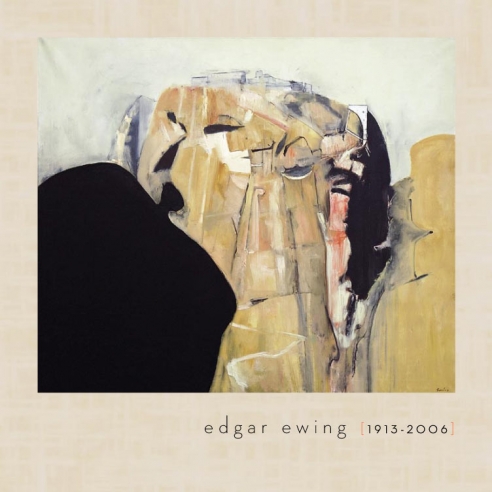 Irving Stone, a close friend recalls how Ewing’s’ work has gone through a gradual transformation and maturity through each passing year. Ewing notes What is painted today is conditioned by experience today but tomorrow is another story. From an early age Edgar Ewing had wanted to be a painter, nothing more. To that account, he only views the world through his painter’s eyes. Ewing’s prolific career has been on the basis of three ideals: 1. Paint what you see, 2. Paint what you know about what you think you have seen; and 3. Paint a metaphor of what you think you know about what you have seen. He believes that these three ideas convey with nature and the reality of the experience as well as his experience with canvas and paint. When a piece is completed by Ewing, he admits the piece needs no further explanation from the painter instead the piece can go on to live its’ own life over a period of time. Frederick W. Sleight, executive Director at the Palm Springs Desert Museum in 1976 recalls how Ewing had an intensive look into the reality of things and deep reflection on the essence of his subjects. Edgar Ewing is noted for his more than 30 series of paintings on subjects such as Bryce Canyon, Las Vegas and, most extensively, Greece. Much like the shards of ancient pottery that show only pieces of the mythological story, in the Greek series of paintings Ewing pieced together fragments of color and shapes to create his own story of Greece. He used a highly classical subject matter to create distinctly modern compositions, fusing past and present. Ewing admitted to being influenced by the style and color of modern French painting and yet applied his unique vision to every canvas and sculpture.

There is no direct classification of Ewing’s work, though most subsequently it is identified with post cubist tendencies. Ewing admits, No one has taught us more about the subject of structure, while keeping intact the unity of content, than the Cubists.