Exhibited
The Spring Salon, 2017;
LA's RISEN, 2011;
After attending the California School of Fine Arts (now the San Francisco Art Institute), McCracken had his first exhibition at the Nicholas Wilder Gallery in Los Angeles in 1965. In 1966, he developed his signature plank, a long, smooth monochromatic board that leans against the wall.  The smooth finishes of these planks related to surfboard finishes and the slick finishes of hot rods, which where both big in LA at the time.  This look is sometimes called finish fetish.  McCracken is also considered to be a part of the Light and Space movement which includes James Turrell, Peter Alexander, Larry Bell, Robert Irwin and others.  McCracken is also hugely associated with Minimalism.  In the late 1970s, when this was made, McCracken taught at UCSB;
The Montecito Salon III. 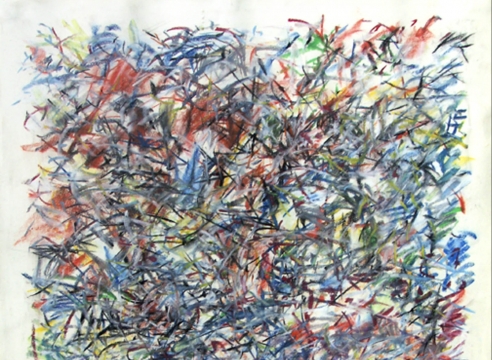