Regarding the idea that Los Angeles was a “cultural desert” before 1940, “I hold that the reverse of the silly phrase is true; i.e. the whole area was jumping with culture until about 1940.” - Arthur Millier 1

“Aldrin worked furiously to ﬁnd his special qualities of expression [...] Today I realize even more clearly the importance of his work [...] unique qualities in color chords, depths of insight into nature and sheer delight for life are unclouded by superﬁcial style.” - Millard Sheets 2

For most of his career, Aldrin found Los Angeles largely unreceptive to his idiosynchratic vision of modern painting. Most of his contemporaries working outside the Regionalist or Impressionist traditions found times equally tough.

While there were important and vital groups of modern painters scattered throughout the city, it seems as though many worked in relative isolation. Nevertheless, Aldrin gained encouragement and insight from his friends Edouard Vysekal, Lorser Feitelson, Millard Sheets, and Dan Lutz, among others.

Outside of his woodblocks, Aldrin’s work focused on creating subtle color harmonies and careful arrangements of gestural brushstrokes. Models and subjects seem to have been chosen for their formal qualities and chromatic opportunities alone.

With the recent opening of “A Seed of Modernism” at the Pasadena Museum of California Art, scholars and collectors have begun to reassess LA’s early history of modernism. Aldrin’s work has ﬁnally found its time. 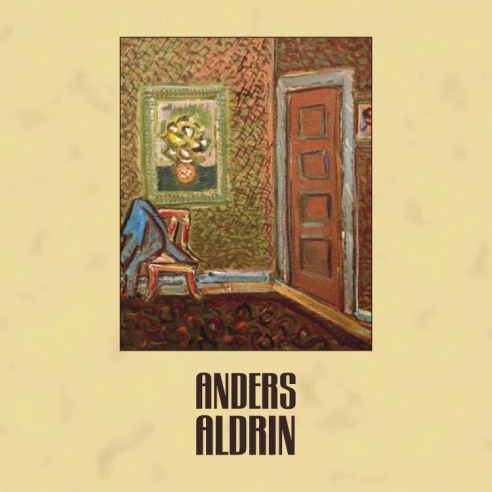