Sullivan Goss – An American Gallery is excited to announce the opening of a dynamic new showing of work by Surrealist, Organic Cubist, and Muralist, Howard Warshaw. Howard Warshaw: New Forms focuses on Warshaw’s concern with developing a new language of form. Warshaw marries local imagery and California iconography to his vision of Cubism, creating something that was sometimes called “cowboy cubism”. He attempts to add lyricism (i.e. organic shapes and gestural lines) to Cubism, which he found too geometric in some cases. This exhibition introduces us to Howard Warshaw’s peculiar and wondrous new vision of form-- forms made transparent, forms that show movement through simultaneity, forms with a clear sense of volume and gravity.

Howard Warshaw was born in New York in 1920. After establishing his career in New York after the war, he moved to California and obtained a position as a professor at UCSB in 1957. Once inside the UC system, Warshaw became a dedicated muralist--creating notable murals for UCLA, UCSB, UCSD, UC Riverside, the Santa Barbara Public Library, and Bowdoin College. His mural work is well represented in the exhibition with works that show the grandeur of the movement of the forms, the volume of the subjects, and the artist’s concern with layering - a highly post-modern practice.

The exhibition is timed to coincide with the Getty’s Pacific Standard Time (PST). Congruent with the Santa Barbara Museum of Art’s Pasadena to Santa Barbara: A Selected History of Art in Southern California, 1951-1969, the Pasadena Museum of California Art’s LA RAW, and on the heels of the recent The Artistic Evolution: Southern California Artists at the Natural History Museum of LA County, Howard Warshaw: New Forms creates another part of the dialogue that has been taking the art world by storm since the beginning of the PST initiative. 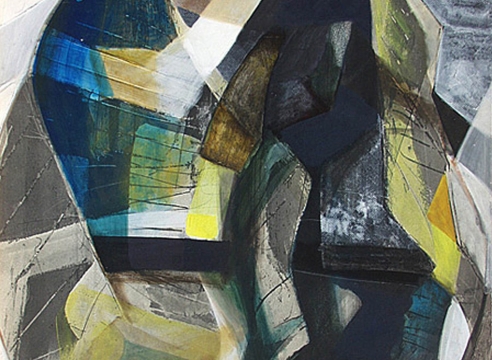 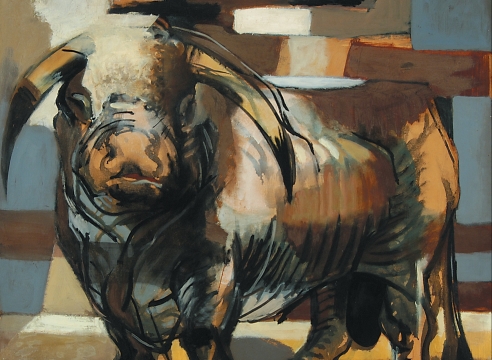 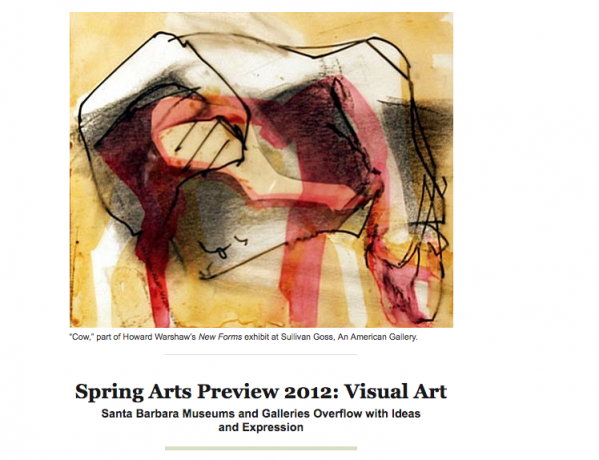 Santa Barbara Museums and Galleries Overflow with Ideas and Expression