Jon Francis knows California. From the historic monuments of the Golden Gate Bridge and Alcatraz, to the cypress lined stretches of the 101, to the cultural icons of beach life like the VW Bus and the classic Woody surf­mobile, Jon Francis gets outside and paints it all. Born in Laguna Beach, trained at Art Center in Los Angeles, and now living in Stinson Beach north of San Francisco, Francis is as thoroughly Californian as his paintings. A deep love of place, with all of its culture and color, imbues each and every canvas.

LET ICONS BE ICONS is the fifth solo exhibition for Jon Francis at Sullivan Goss. For his newest exhibition, Francis brings a more vivid palette and a new compositional sensibility centered around the dynamics of the square. This new body of work will include a group of smaller paintings for the first time; postcards, in a sense, from a plein air artist who travels up and down the coast. Are these inspired by Instagram? Probably not. Nevertheless, the small square format emphasizes the iconic, compressing the scene around the subject so that it fills the composition. The Airstream trailer out and about, the super tanker in San Francisco bay, and the red­orange truss of the Golden Gate: it is these touchstones that all Californians know. No further context or explanation are necessary.

Nor would it come as a surprise to most Californians that interior scenes are absent in this exhibition. Living and recording the active lifestyle of Californians, Francis takes his easel outside to paint. Images of adventure and travel redound, a faint echo of the state’s pioneer past. 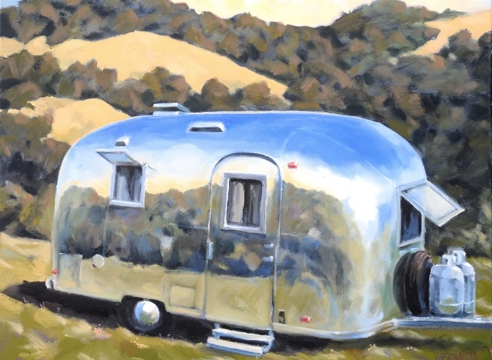 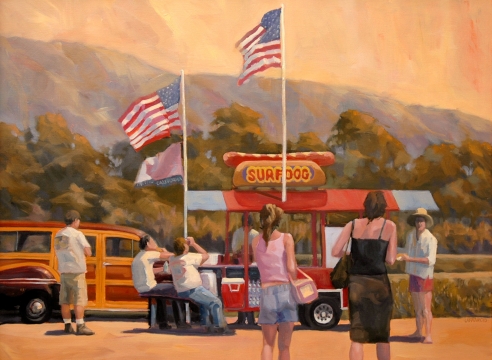