​Sullivan Goss – An American Gallery is proud to announce their new representation of Santa Barbara­based painter Phoebe Brunner. Further to Fly​will be the artist’s first solo exhibition with Sullivan Goss. Already an icon in her community and known from Los Angeles to San Francisco as one of Central California’s most distinctive artists in the landscape tradition, Sullivan Goss is pleased to add another strong female voice to the gallery’s roster of living artists and looks forward to helping Brunner reach a more national audience. Sullivan Goss would like to gratefully acknowledge the role that Ellen Easton of Easton Gallery has played in developing Phoebe's career.

Every Brunner painting is a magical journey to places we recognize from the natural world and the worlds of our dreams. Many paintings in this new series give voice to the effects of the current drought upon the California landscape; telling stories of the glory of water and the earth’s ability to survive and regenerate during times of environmental crisis. Brunner’s world’s are un­peopled places and the often monumental size of her canvases invites the viewer to step into them and become the human part of the story. Her landscapes pulse with rhythm and motion. The swirling forms and lyrical brushwork combine with her wet­looking surfaces to create a painting that seems particularly alive. It is this visionary, near­mythical quality that ties Brunner’s work to the Magical Realist traditions of artists like Alexandre Hogue or, more contemporaneously, George Tooker.

Phoebe earned a BFA from UCSB, but she also trained at Otis Art Institute, Chouinard, and the University of Guadalajara. She has been exhibiting in the Santa Barbara area for forty years. Having grown up on one of the original Spanish land grant ranchos and having explored the area on hikes and by horse since she was a kid, Brunner brings a local’s knowledge of the terrain together with a visionary artist’s sense of interpretation. 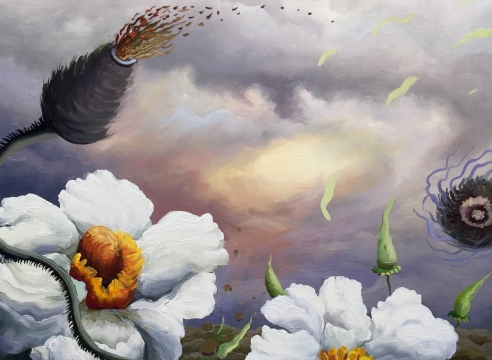 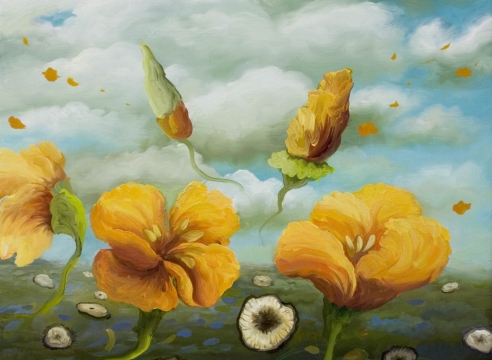 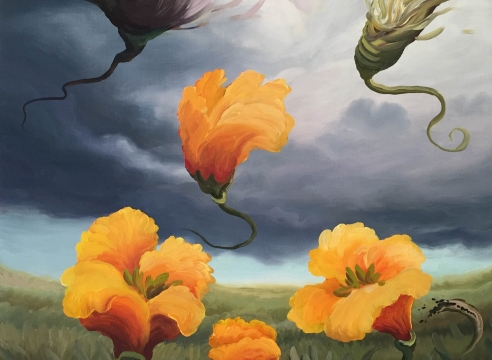 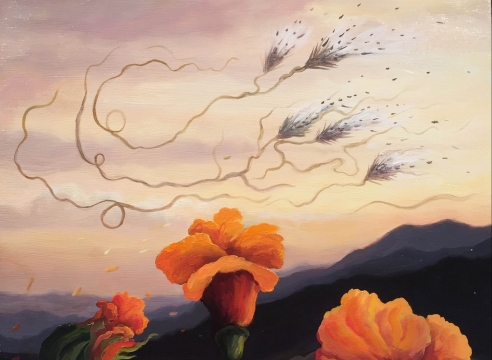 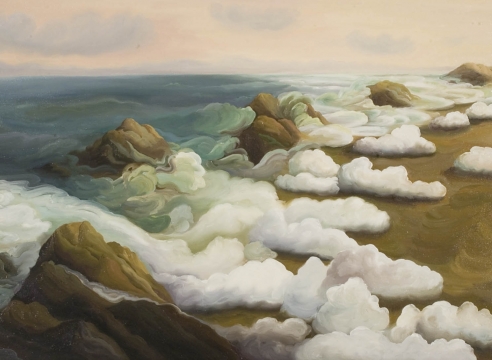 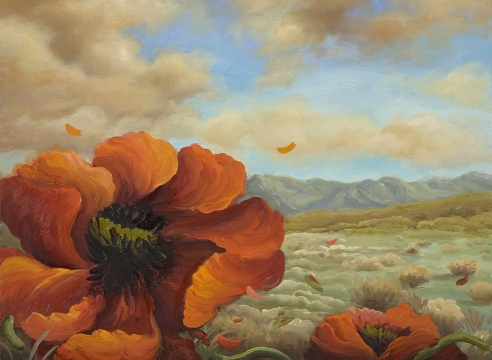 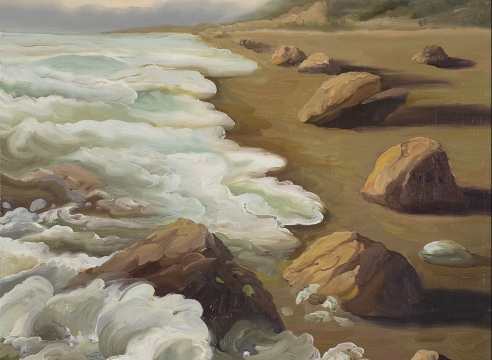 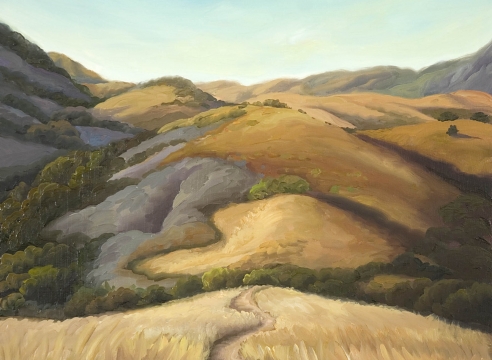 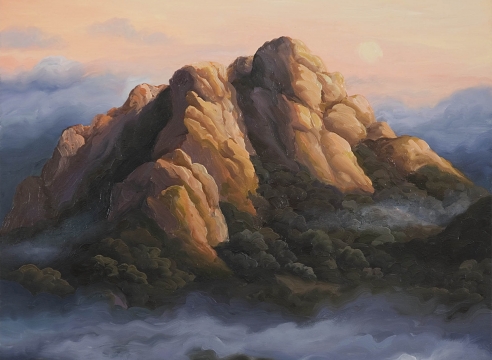 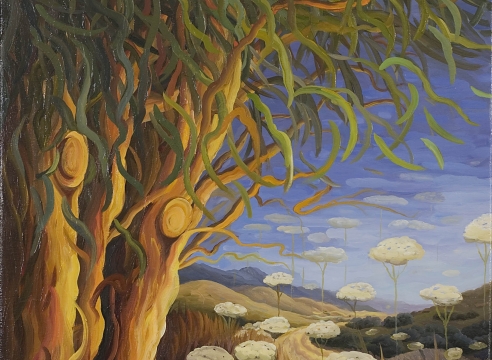 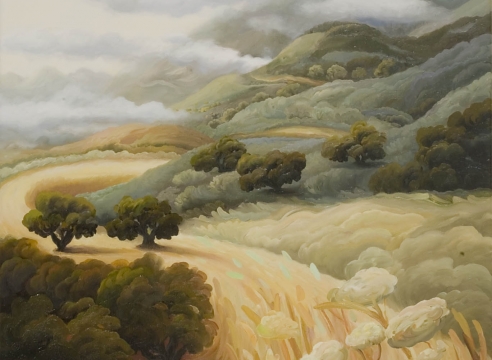 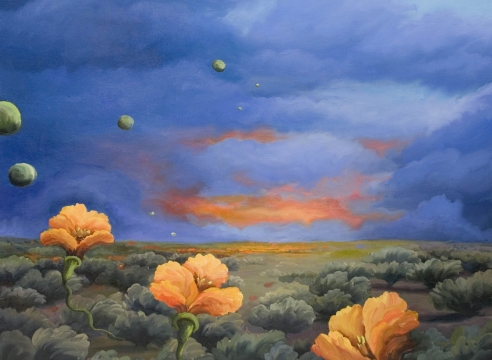 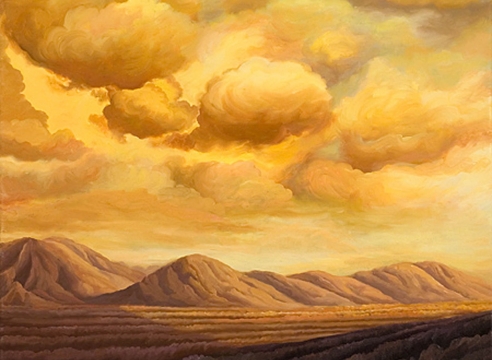 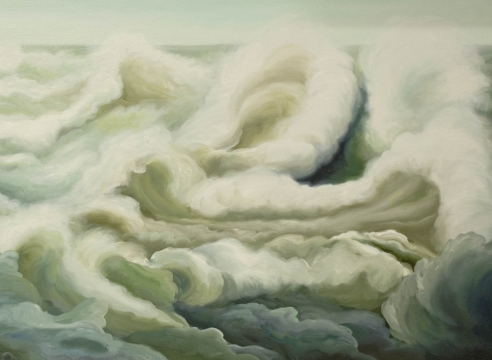 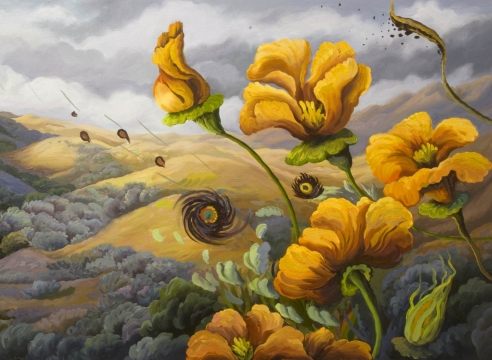 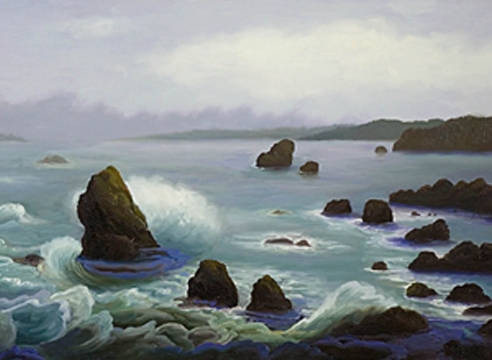 Phoebe Brunner
🔴Study for The Stillness and the Vitality 160016 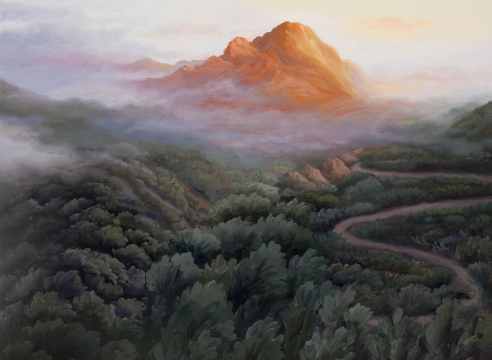 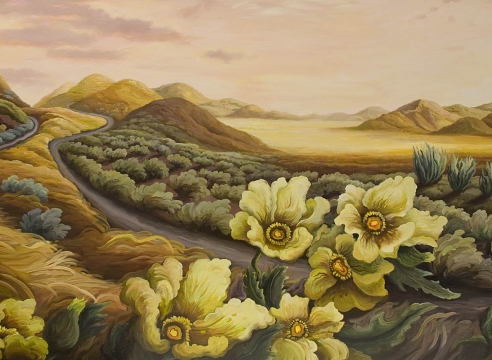 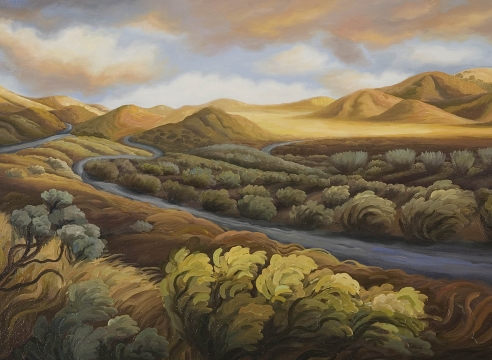 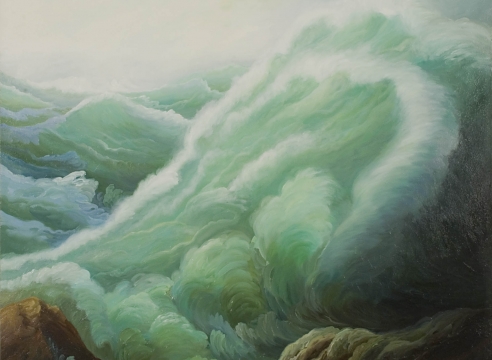 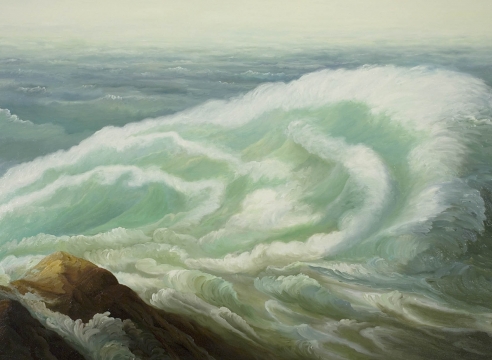 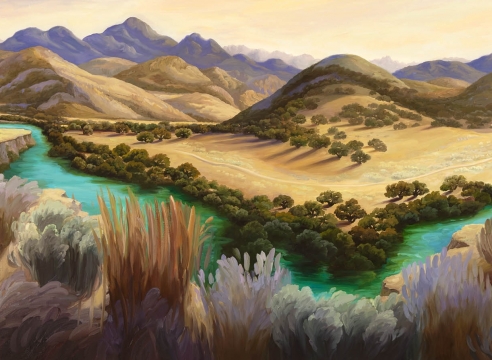 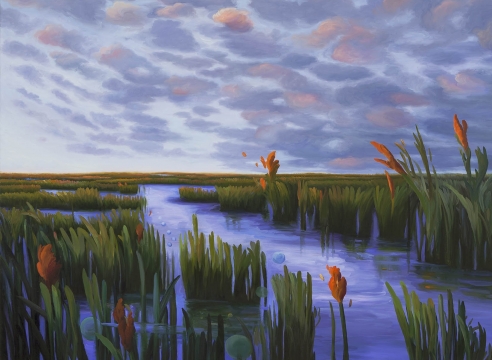 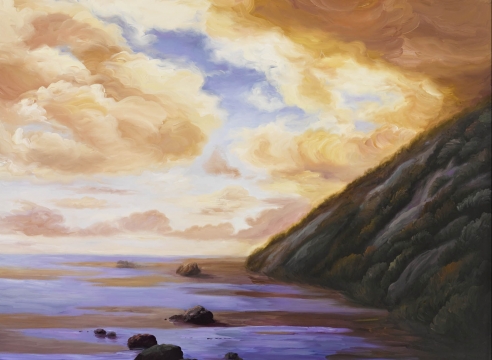 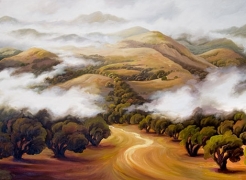 Phoebe Brunner
Back To Top