Richard Haines paintings capture a meandering silence, a pause in time, a captive moment, all of which tend to reveal the spirtual values of humanity while depicting its physical form. -Dalzell Hatfield

Born Charles Richard Haines in 1906, Richard Haines came of age during one of Americaï¿½s most challenging eras ï¿½ the Great Depression. He began his artistic training at the Minneapolis School of Art and soon became interested in mural painting. In 1933, he won the prestigious Vanderlip Traveling Scholarship and enrolled at the ï¿½cole des Beaux Arts in Fontainebleau, France. After returning to the U.S., Haines won nine individual mural commissions, primarily for U.S. Post Offices, between 1935 and 1941. Responsive to the social goals of the regionalist school, Haines applied his considerable talents and training to the task of creating scenes that instilled hope and pride in ordinary Americans.

The artist moved to Los Angeles in 1941 and soon became a leading proponent of modernism on the West Coast. He taught at the Chouinard Art Institute and exhibited in a number of institutions, including LACMA (1949) and the Metropolitan Museum of Art in New York (1952). In 1954, he began teaching at the Otis Art Institute and was soon appointed head of its painting department ï¿½ a position he held for almost two decades. Receiving awards at the San Francisco Museum of Fine Art and the Corcoran Biennial in Washington D.C. among others, Haines became a nationally recognized painter and watercolorist.

Haines arrived at his second of three artistic periods in the mid 1950ï¿½s. Represented by one of the West Coastï¿½s most renowned galleries, Dalzell Hatfield; Haines exhibited alongside fellow West Coast Modernists Dorr Bothwell, Frances de Erdely, Dan Lutz and Millard Sheets. Influenced by the aesthetics of cubism, fragmentation and abstracted geometric forms these artists rejected the decorum of previously held artistic traditions. Experimental variations in spatial planes, composition, and color characterized this period of Hainesï¿½ work, and for the first time in history the West Coast became a thriving art center in America.

By 1965, Haines returned to the possibilities of representational painting ï¿½ unlike many artists who abandoned representation for abstraction and conceptual experiments. Marrying symbolism to a personal set of imagery, he created metaphorical depictions of an unknown and almost haunting world. With pieces like Green Room , Hainesï¿½ explores the human figure in the artistï¿½s quintessential post-surreal setting.

Twenty years after the death of the artist, Sullivan Goss ï¿½ An American Gallery begins to present the iconic oeuvre of Richard Haines with an exhibit that includes drawings, sketches and paintings spanning his sixty-year career. 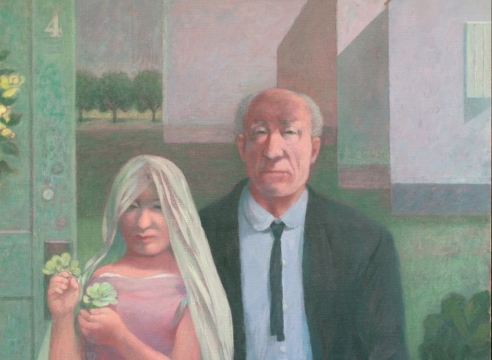 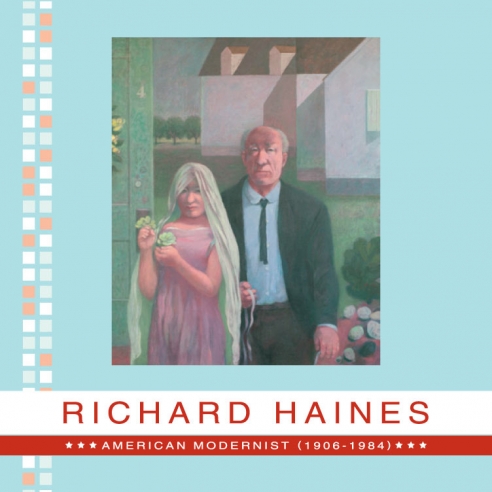