It all started over coffee and sandwiches. Jim Armstrong and Ray Strong decided to form the kind of art school that they thought was missing ­ one sensible to modern developments, but devoted to teaching traditional fundamentals. They brought in the old hands of the Santa Barbara art scene, Douglass Parshall and Joseph Knowles, to shore up community support and another Berkeley­trained figurative artist, John Gorham, to round out the opening faculty. Over time, the faculty grew to include 25 instructors.

James Armstrong, the last living founder of the school, died on Monday, January 6th, 2014. Gallery owner Frank Goss and Vintage Curator Jeremy Tessmer interviewed him about his relationship with Ray Strong and the history of the school just one month before he died. After a delightful afternoon of swapping stories, the idea was set. Portions of Armstrong’s archive of materials from the Institute as well as works by each of the founding artists will be on display.

This is the first exhibition in a series the gallery intends to present called ART HISTORY (805). ART HISTORY (805) will chronicle the art history of Santa Barbara, with two publications planned so far. Ray Strong: American Artist is scheduled to be published in 2015 and The Dictionary of Santa Barbara Artists is scheduled to be published in 2016.

RAY STRONG (1905­-2006) studied at the Mark Hopkins Institute and California School of Fine Arts in San Francisco as well as the Art Students League in New York. In addition to helping found the Art Students League of San Francisco, the Santa Barbara Art Association and the OAK Group, Ray is known to have had an extensive career as a muralist ­ including bird dioramas for the Santa Barbara Natural History Museum ­ and was celebrated with sixty solo exhibitions. His work is found in numerous museum collections.

JAMES ARMSTRONG (b. 1937) studied at the Art Center College of Design in Los Angeles. He was active as a member of the California National Watercolor Society and the Los Angeles Art Association. With Ray Strong, he also co­founded the Santa Barbara Art Association and had dozens of solo exhibitions throughout his career. This is the first time his work has been shown at Sullivan Goss.

DOUGLASS PARSHALL, NA (1899­-1990) studied at the Art Students League in New York, Académie Julian in Paris, the Boston Museum School, and with Frank Morley Fletcher in Santa Barbara. He was a member of the National Academy, the Society of Western Artists, the California Art Club, the Painters of the West, the Santa Barbara Art Association, and the Los Angeles Art Association. He served as President of the California Watercolor Society from 1947 to 1948 and is represented in numerous museum collections.

JOSEPH KNOWLES, (1907­-1980) studied at the earlier Santa Barbara School of Art with Frank Morley Fletcher. He taught at Cate School, Crane Country School, and extension classes at the University of California at Santa Barbara (UCSB). He was a member of the California Watercolor Society and the Santa Barbara Art Association. HIs work is represented in several museum collections and his mosaic mural has been preserved on the Chapala side of the City’s new Alma del Pueblo development.

JOHN GORHAM, (1910­-1985) studied at the UC Berkeley with Chiura Obata. His work was collected by a number of museums, including the Santa Barbara Museum of Art. He was also a member of the Santa Barbara Art Association. This is the first time his work has been shown at Sullivan Goss. 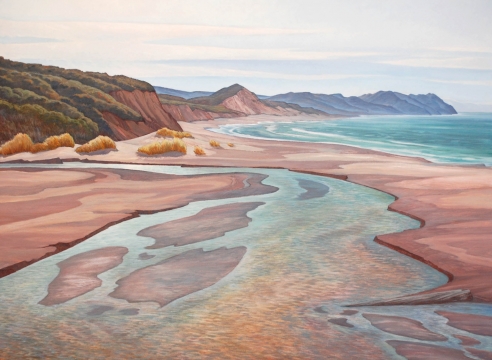 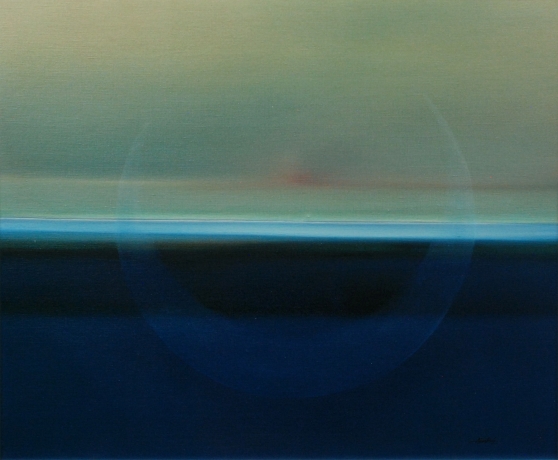 The school originally opened as the Santa Barbara Fine Art Center on April 3, 1967 at 2020 Alameda Padre Serra, in the building that had once housed the predecessor schools to UCSB. Founded by James Armstrong, Ray Strong, Douglass Parshall, Joseph Knowles, and John Gorham... 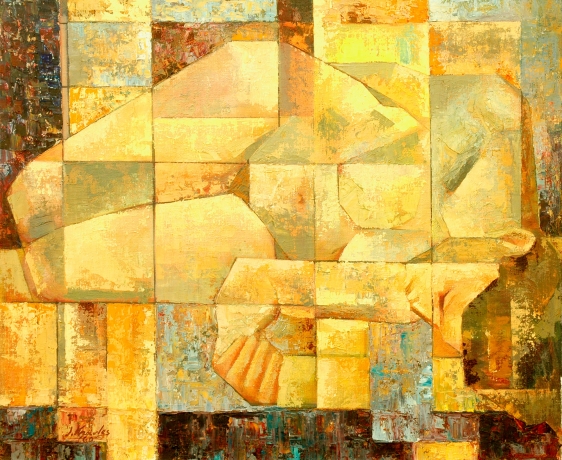 Exhibitions such as Sullivan Goss' current "Santa Barbara Old School," quite apart from the art entailed and hung, can serve as healthy, historical wake-up calls, disabusing the illusions we may have that the symbiotic relationship of Santa Barbara and artists – and art studies – are something new.