An exhibition of new paintings by Angela Perko is akin to discovering another world. Or worlds. For her seventh solo exhibition at Sullivan Goss, Angela dives deep into history and symbolism to create a series of parallel worlds ripe for exploration.

What kind of worlds? Worlds that are at once familiar and strange. Many of Angela’s new paintings suggest alternative histories; histories in which far flung narratives are intertwined, icons are transposed, and new interpretations become possible. Gods might become goddesses. The ancient might be rendered modern. Exotic orchids might grow in a tree whose branches hover over a sand floor teaming with sea anemones. German Renaissance artist Albrecht Durer might meet nineteenth century American author Herman Melville, or French Symbolist Odilon Redon might converse with American Romantic Edgar Allen Poe. And of course, they will be joined by others.

All of these elements compete for our attention in spaces rich with loaded symbols and suggested stories. They invite a longer and more thoughtful look, past the obvious beauty of her sumptuously colored botanicals or her lovingly rendered female figures. Angela’s paintings become an exploration of time – of memories of things forgotten and discarded in the digital age. Like the conch shells that are so prominent in this exhibition, these works tell stories that spiral in on one another: echoing and overlapping as they reach towards some unknowable place.

Angela Perko and her husband Jerry Jacobs own Lost Horizon Bookstore in Santa Barbara. Both enjoy reading and book collecting. In the case of the artist, this habit clearly informs her art work. She has been represented by Sullivan Goss for the past twelve years. 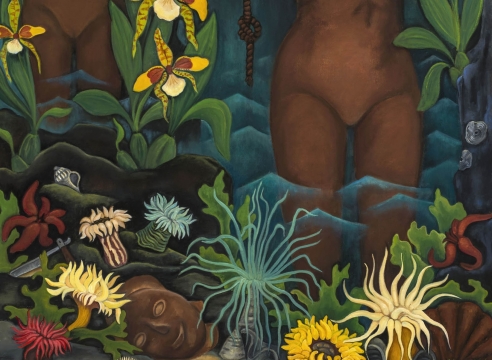 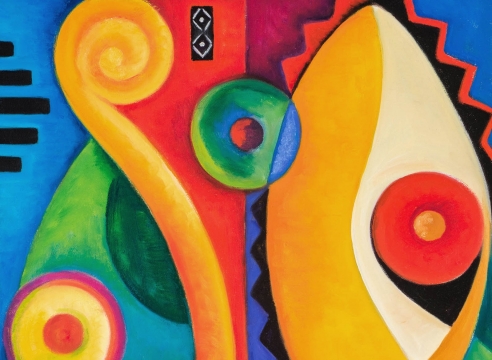 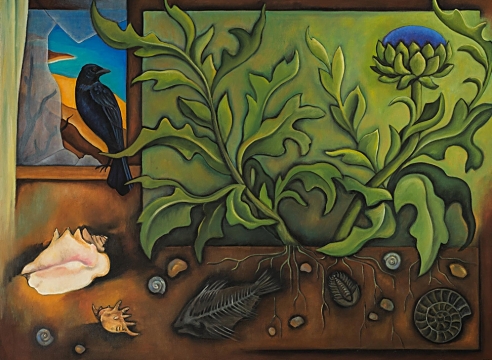 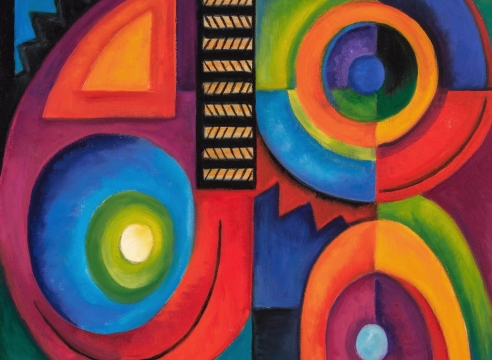 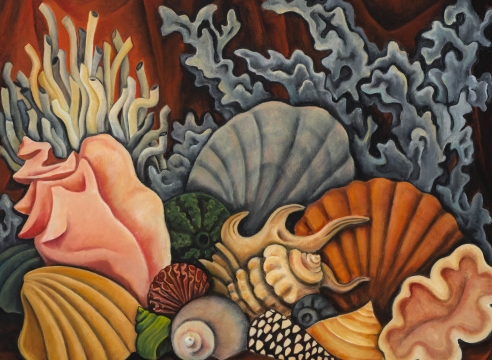 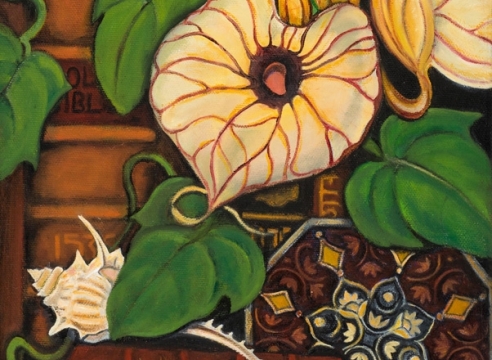 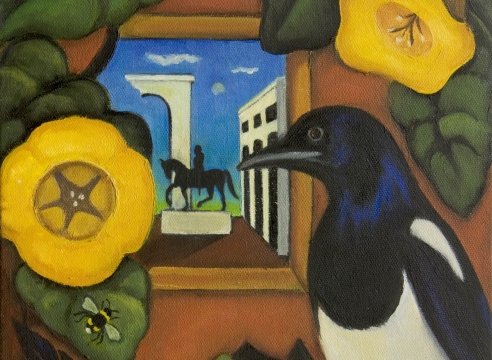 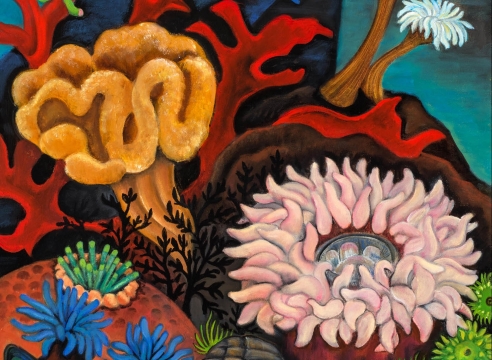 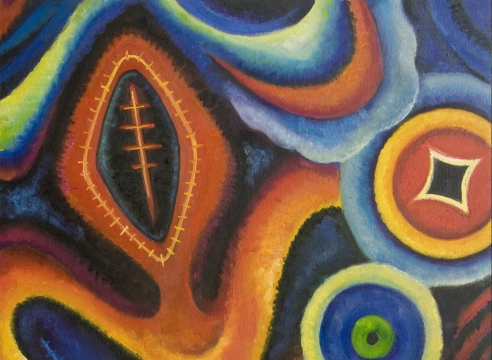 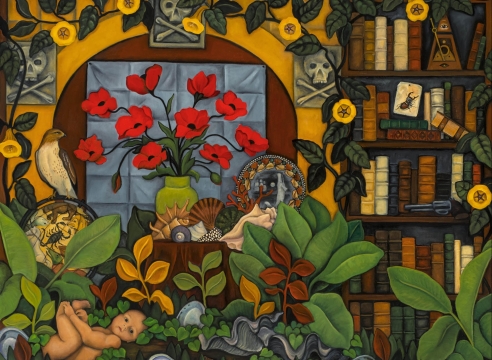 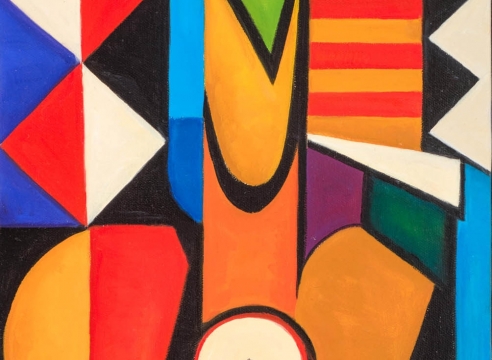 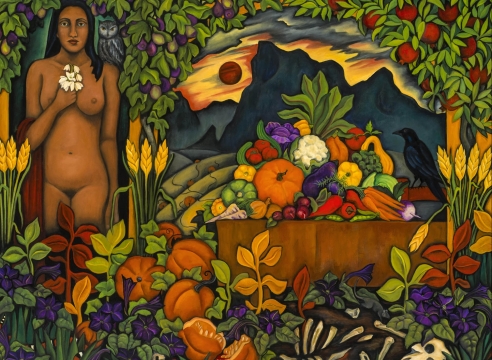 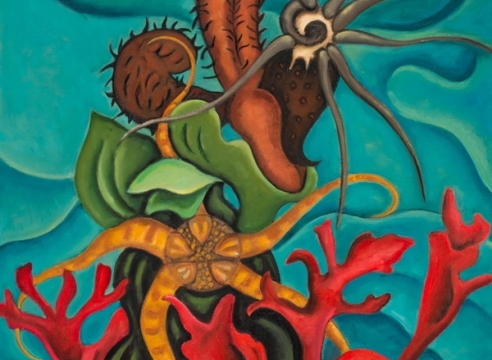 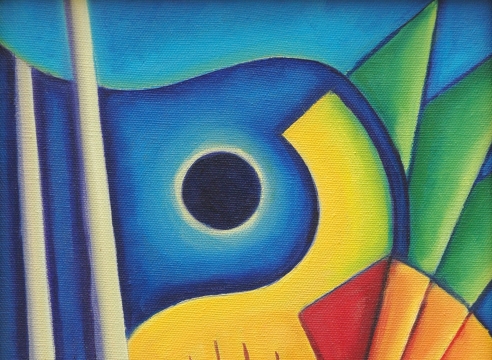 Angela Perko
Back To Top